Remove resistance or harness it?

There are fundamentally two approaches to dealing with resistance to change. First, we can see the power in it and utilise it in the same way as Dr. Kegan and Dr. Lahey suggest in my last post or, we can see it as harmful and try to eliminate it.

In 2001 Prof. Victoria Mabin and others wrote about these two approaches and the research behind them in a paper published in the Journal of Industrial Training titled Harnessing resistance: Using the theory of constraints to assist change management. It appears that treating resistance to change as undesirable and developing strategies for removing it has been the preferred approach since the 70’s.

This paper quotes Waddel and Shoal who lament that “There is a notable absence of change management models and theories that actually incorporate the possibility of utility in resistance.”

The use of systemic thinking processes like the Theory of Constraints Thinking Processes, Interest Based Problem Solving and other such problem solving approaches that utilise resistance has been gaining momentum.  There are now numerous examples of organisations who have achieved tremendous success by adopting such methods and harnessing resistance to change.  Kaiser Permanente,  Boeing Defence Space and Security, Southwest Airlines,  Air New Zealand are just four that I am familiar with. Kegan and Lahey describe three more in their latest book: An everyone culture: Becoming a Deliberately Developmental Organisation.

It got me thinking – why has it taken over two decades for this far more constructive approach to business adaptability and flexibility to gain traction?

Then I realised … we resist change.

Here is my take on it:

We want to treat resistance to change as useful because, to quote Mabin et al “it is better than apathy, it avoids group-think, it provides alternative ideas for consideration, and a wider set of people involved in the evaluation of alternatives may overcome the problem that many managers have of failing to consider or evaluate properly enough alternatives.” In other words if we treat resistance as useful it creates a space for people to engage and think.

However, we want to treat resistance to change as not useful and remove it because  we (leaders, managers, employees and even customers) want to maintain control of what is done.  These command and control practices have worked for us for hundreds of years.  The pyramids in Egypt, the factories of the industrial revolution, our military forces and even our economic systems have thrived on controlling what is done.  In other words by trying to remove resistance we can control the quality and efficiency of the task at hand.

The problem is if you try to control and engage at the same time you have a high probability of being seen by those doing the work as selling a change, being inauthentic or worse, manipulating them.  The result … they will feel threatened, they will engage in security based behaviour and you will get even more resistance to change.

To quote Stephen Covey “We are in the middle of one of the most profound shifts in human history, where the primary work of mankind is moving from the Industrial Age of “control” to the Knowledge Worker Age of “release”.

This new age requires a new approach.  ‘Releasing’ the knowledge, intuition and experience of the people in your organisation can only be achieved by harnessing their resistance, engaging them in the problem and helping them to think.

P.s. There is one other company that appears to have understood this challenge:

“Why not make the work easier and more interesting so that people do not have to sweat?

The Toyota style is not to create results by working hard.

It is a system that says there is no limit to people’s creativity.

People don’t go to Toyota to ‘work’ they go there to ‘think’.” 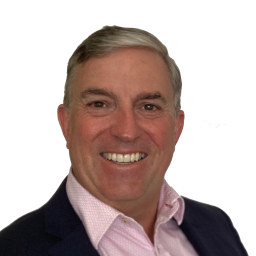